MY EXPERIENCE OF THE TAROT CARDS - A TESTIMONY BY TINA 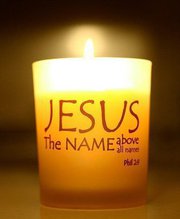 From being a teenager my mother and I visited Mediums, Psychics, Crystal Ball and Tarot Card readers. We went to people's houses for 'sittings' to contact the dead and receive messages. We began to attend audiences where one of our favourite Mediums would be performing. Mum wasn't as enthralled as I was, and on hearing several Mediums saying to me - 'You can do what I am doing' - it encourages you to develop your 'gift'.

What I was most attracted to was the Tarot Cards. I was more than eager to go out and buy a pack, along with some instruction books. Then I began to seek out classes where I could learn properly. I was taught to 'feel' the deck which I was attracted to, and meditate upon them. I bought different decks of cards to work with. I loved them. I quickly learnt how to read them, and started reading for family and friends, they all thought I was good at it, and came back for more. I even began to keep a record of their readings on my computer, so that I could print it out for them for them to look back on when predicted events happened in their lives. People loved it. So I began to go to development circles. Concentrate on 'tuning into oneself' and picking up any visions we might receive. This was then shared with the group and discussed. We were given exercises to do to develop our abilities, and the leading Medium would then make contact and deliver messages to individuals.

I became enthralled, and went out and bought heaps of different books on self development, meditations, chakra reading, channelling, etc. I studied them earnestly, eager to develop. We began to have 'sittings' at our house, where we would invite several friends or family members to participate in the group. And we would tape record our sittings in order to look back on them as predicted events unfolded. We were hooked! I also began visiting the local Spiritualist church where Clairaudience is carried out, receiving messages from the dead, or having private sittings. I was particularly attracted to the Tarot Cards, and very much took to developing this 'gift' and wanted to know all there was to know about them. So this was the line of the Occult which I most focussed upon. We thought it was fine as no harm came to us whatsoever, and everyone who took part in such activities seemed to come to no harm at all, so we continued .....

In 2006 I was invited on an Alpha course to learn about Christianity. I discovered for myself how dangerous the Occult was - when I tried to stop. There were some strange things which started to happen at that time. I was told to pray and ask Jesus into my life, and things did settle down. I thought any strange happenings were over with and that I was free from the Occult. . . . . But two years later, in the Spring of 2008 I became the member of a Methodist church, and thought it was only right that I get rid of my Tarot Cards, as I was now a Christian, and decided to give 100% to the God who showed me that he IS pure love itself. I hadn't read the Tarot Cards for other people for a few years, but was aware I still had them at the back of a cupboard. As far as I was concerned I had stopped dabbling in the Occult as I had stopped going to classes, circles, visiting Mediums, etc. I only occasionally got the cards out just to read for myself, maybe once a year or so. I also still had all the books I'd bought, I didn't realise how VITAL it was that I get rid of everything which tied me to the Occult.

It was after getting rid of them that there were several strange happenings, one of these happenings was the presence of a spirit, between May and August. I realised I had actually been in touch with 'something', as I started to feel a presence which kept coming to me, very often, almost weekly. It came at any time, out shopping, at work, sitting on a bus, when I was fully awake. I guess it was because I had finally broken the connection, and it was trying to keep it. I got used to it being around, I wasn't frightened at all. I couldn't determine who it was, just a definite energy, in physical terms I guess I could describe it as being aware of a small area of 'fog'. Although it is impossible to physically describe the non physical. There was even a time when it came whilst I was reading my bible at home, at this point I still didn't realise it was evil, and I actually welcomed it, wondering who it was, as it wasn't giving me any identity. My welcome made it become more vibrant. I could feel an increase in its vibration. It sometimes came to me whilst I was at work. I told the cook about it, and she was convinced I must have a guardian angel watching over me because it wasn't anything frightening.

One time I was in a client's room (I worked in a care home) and while she was chatting to me I felt it's presence to be in the direction of the corridor. I didn't tell the old dear as I didn't want to frighten her. At first its presence made me feel calm and I became familiar with its vibration. As the weeks went by, it became stronger, and in its presence I could feel its energy blending more with mine, my body felt quite heavy, I begun to feel incredibly nauseous when it was around and my mind felt 'spaced out'. To describe this spirit as an area of fog, you would think of it as something separate from yourself. But because it came on an energetic level, it affects your own energy, and therefore affects how you feel.

The final time was the strongest, in August. It was Holy Communion at the Pentecostal Church. I was in the kitchen filling up the thimbles for the Communion. I felt its presence very strongly, even though the place was busy, people talking to me, distractions, I knew 'something' was there and nobody else seemed aware of it. It seemed to strongly touch my mind, the very point at which you think was strongly emphasised. As I walked to the front of the church to place the Communion thimbles at the table, there was the familiar feeling of it blending with me. I sat down, and this was more than being calm - I could hardly move out of the chair - my body was so very heavy. My mind was extremely 'spacey'. Someone came to ask me to serve cups of tea after the service, I immediately answered "I'd love to ". (Normally I would have hesitated as I am quite a shy person). But when I answered it felt like it wasn't quite me controlling my voice, the words just came, although I was aware that it still sounded like me.

As the service began and everyone started to sing, the presence quickly faded. I realised afterwards this was the beginnings of something wanting to take possession of my faculties. Over the next few weeks, I became frightened and very upset, not knowing when it was going to come back, obviously wondering how I could get rid of it. I rang my church Minister and made an appointment to see him, needing help and not knowing what to do. But days later I cancelled the appointment as I realised that it had decided to leave me alone, and it has never been back - thank goodness! I can only assume it was because I was in the presence of God and it fled. What more proof do we need of Jesus saving us!! Jesus said, "For where two or three come together in my name, there I am with them" - (Mathew 18:20). There was a whole congregation there singing to him! There was definitely something in the church that day which got rid of this spirit. That is absolutely AMAZING! Spirits flee in his presence! IT HAS HAPPENED. AMAZING!

I now realise what was beginning to happen to me, and how much worse it could have been, and I realise there are also people who have been into the Occult who have experienced far worse than I did. I just had the one spirit; other people have had a horrendous time with more than one. If it had been around any longer, I dare say our house would have become haunted, and heaven knows what it would have made me do. People who are into any form of Occult practices and think it is safe are nice, well meaning people, but don't know they are deceived victims of Satan. You think you are fine, that there's nothing to worry about ..... until you try to turn away from it. Then Satan's demons will show their true colours, start to harass you and try to keep a hold on your soul. These spirits are demonic, and want to destroy your life. It is not just the truth for me, I am not just one person who has had bad experiences, it is the truth for everyone. Anyone who becomes involved in Occult practices WILL have supernatural encounters. You called them up! You've called Satan! He will come. It shows how spirit entities have the ability to reveal or conceal themselves, to whoever they choose, wherever they choose, whatever you're doing, whoever you're with, at whatever time they choose. It is dangerous!

I knew Christianity was what I'd been looking for all my life. Jesus said, "I am the way, the truth and the life", this struck a chord with me instantly, how fantastic! I am now a member of a Methodist and attend a Pentecostal Church. I have absolutely no doubt whatsoever of the existence of God and totally accept our Lord Jesus Christ as our only hope and deliverer from demonic spirits. I renounced my involvement with the Occult with a Vicar from the Church of England who is an Exorcist. Knelt before the cross, I was anointed with Holy oil blessed by the Archbishop. People laid hands on me and prayed as I read aloud my renouncement.

God has proved to me he exists, that he is more powerful than evil and that evil spirits flee from him. I have felt the pure, perfect love of God - even before I became a Christian. God is an absolutely pure, powerful, beautiful love which totally wipes out all worries, fears and anxieties. I want nothing but God in every part of my life, to devote my life to God, I live every second of every day for him, and always will. God is the protector of souls. Praising him here glorifies him in the heavenly realms. Tina x

'And no wonder, for Satan himself masquerades as an angel of light. It is not surprising, then, if his servants masquerade as servants of righteousness. Their end will be what their actions deserve'....... 2 Corinthians 11:14 - 15 'Do not turn to mediums or seek out spiritists, for you will be defiled by them. I am the LORD your God'....... Leviticus 19:31

Not a Christian yet?

Don't all lead to God?